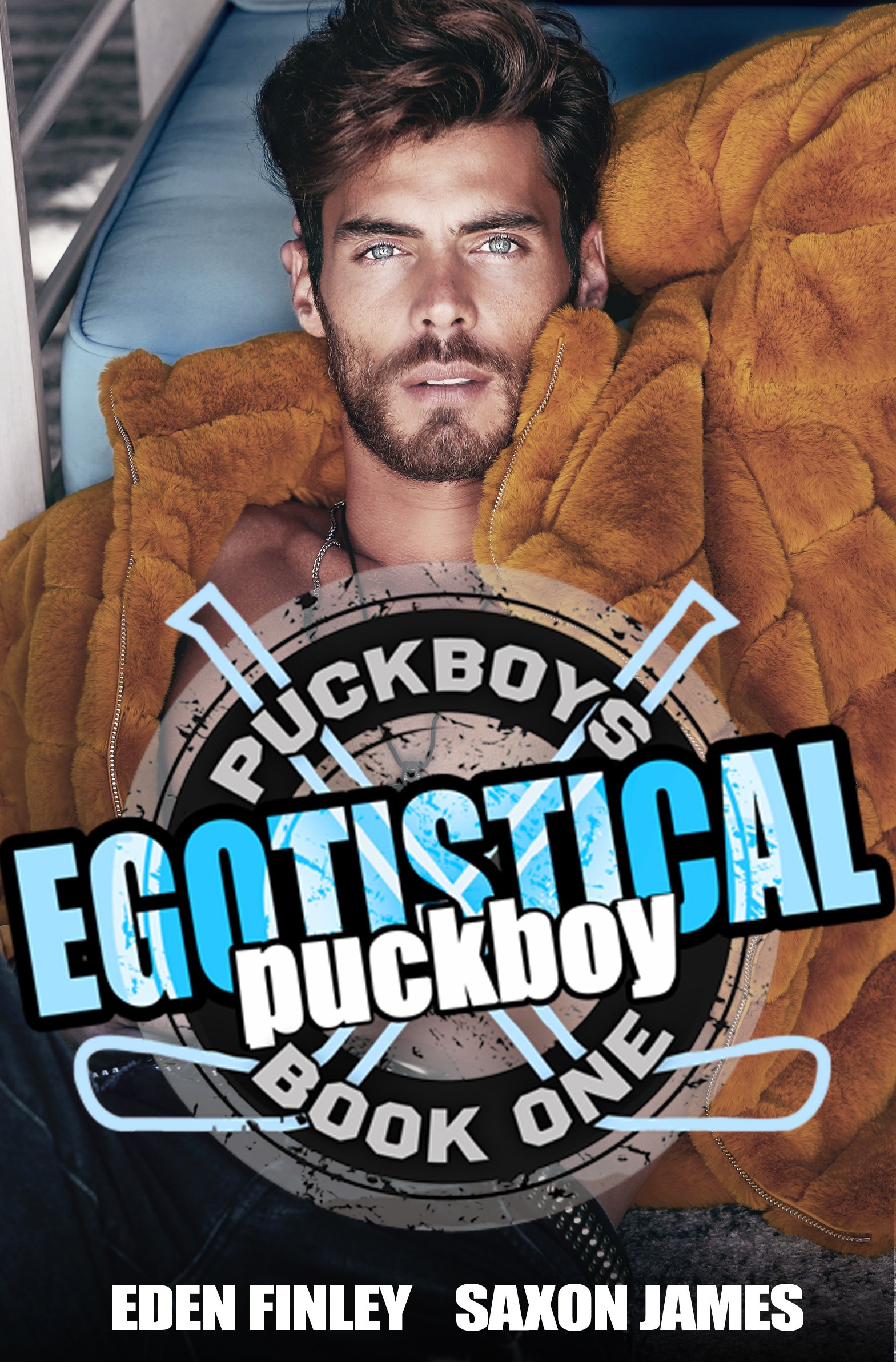 Partying, dudes, and hockey. What more could a gay NHL player want?

If it weren’t for Anton Hayes, my life would be perfect.

Not that he affects my life in any way. At all. That would imply I care what the winger from Philly thinks of me.

Not even a one-night stand with him can thaw his misplaced animosity toward me.

He says I’m the one with the ego, but he can talk. He rivals me for most egotistical puck boy in the league.

I hate him as much as he hates me. Even if I crave a repeat.

When it comes to hockey, I’m all about the game.

I’ve worked for years to be one of the best in the league, and l’ve done it without splashing my orientation all over the tabloids.

My hockey image is one I’ve carefully cultivated, and after one night with Ezra Palaszczuk, I risk it all.

He’s cocky, obnoxious, and has an ego bigger than Massachusetts. And okay, maybe he’s the sexiest man I’ve ever known.

We’ll never get along. Not when we sleep together. Not even when my possessive streak awakens.

That doesn’t stop us from falling into bed together over and over again. 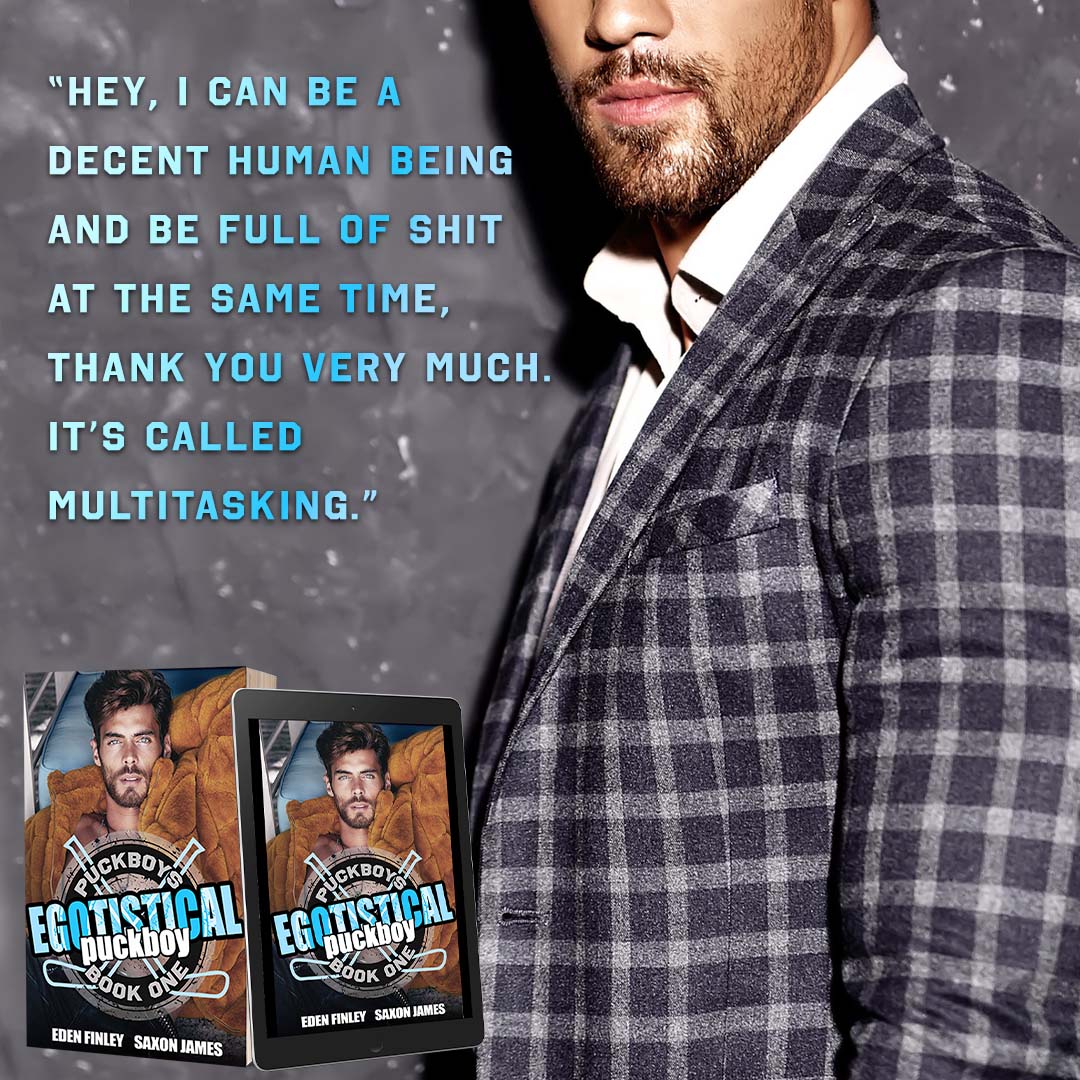 I half stand, half fall off my stool and throw some cash down on the bar for a tip. Then I move on wobbly legs and fumble my way out to the street.

The words on my phone are blurry as I type in gay bar Philadelphia, and when it turns up with weird-ass results, I blink into focus what I actually wrote.

I’ll bookmark that for later.

My second attempt works, and I find there’s one only two blocks away. I could walk it. Uh, slowly. Because my feet don’t want to cooperate.

If I’d known I’d have to walk past a sports bar, I would have Ubered somewhere else.

I’m too busy glaring up at all the orange and black that paints the building and listening to the rowdy celebratory crowd to watch where I’m going, when—

Ouch, whatever wall I ran into hurts. Doesn’t help I’m bruised from how many hits I took tonight. Okay, and gave.

Then I come face-to-face with said wall and find my worst nightmare. Philly fans.

Three of them. Tall as they are wide.

“No wonder you guys lost tonight when you hit like that, Palaszczuk.”

Hey, it’s not my fault his chest is twice the size of mine and I practically bounced off him. I ain’t no delicate wallflower.

I have two options here. Keep walking or talk back.

My mind scoffs at me. Please, I’m Ezra-fucking-Palaszczuk. I don’t know the meaning of walking away from a fight. “The other team was lucky.”

“Boston sucks,” the other one says.

“Fuck you.” I try to push my way through them, but the bigger guy in front shoves me.

I’m drunk as shit and stumble, almost falling to the ground. I manage to right myself and charge toward this asshole to show him what it’s like to take a hit from a professional hockey player.

My fist connects with his jaw with a satisfying crack, but then his two friends are on me, and all hell breaks loose.

I’m trying to wrench myself away when I’m jerked backward and a body moves in front of me, blocking me from getting my head punched in. Or worse, my pretty face. I swear I’m one broken nose away from being … unattractive. That would be a travesty for all gaykind.

Turns out I was wrong. Philly fans are not my worst nightmare. Being protected from them by Anton Hayes is.

“Hey, guys, back up a bit, okay? Palaszczuk is drunk and doesn’t know what he’s doing. It’s not much different to when he’s sober, really, but it’s plain mean to pick on him when he’s like this. It would be like stealing a kid’s ice cream and then shoving it in their face.”

“Anton Hayes? Is this really happening?” This big bear of a man turns into a puddle of fanboying.

“Oh, please,” I mutter behind his back.

He looks over his shoulder at me, and I don’t like the smug expression.

For a hockey player, he has the straightest teeth of anyone in the league. His dark hair is styled with gel, parted on the side like a preacher boy, and it looks nothing like it does on the ice when he takes his helmet off. It usually falls in his face and around his neck in wet strands.

If there’s anything I hate more than Anton Hayes, it’s how good-looking he is.

He signs each of their jerseys with a pen he pulls from God knows where—not even I’m egotistical enough to carry a Sharpie—and then Anton tells them there’s a few more guys from the team inside and gets the bouncer’s attention to let in his new friends.

“Let them know I sent you to annoy them. They’ll love it.”

With them thoroughly distracted, I make my escape. Or, I try to.

Anton catches up with me. “Where are you rushing off to? Another bar fight on the schedule?”

I shove my hands into my pockets and keep walking. “Is it really a bar fight when it was outside the bar?”

“What happened anyway?” His low voice always sounds so cocky and patronizing. “I only caught the tail end. You know, where you clocked one of them.”

I gasp. “Yes. Because anytime I get into a fight, it’s because my masculinity is threatened by homophobic twatfaces.”

“Then what was it? The game? You let fans get to you over a goddamn game?”

“If you’d lost tonight, how would you take it?”

“Grow up, man. We’ve all lost games before. We’ve all been kicked out of the playoffs. Well, you know, except Buffalo, who haven’t seen the playoffs in over a decade.”

I laugh and then hate myself for it.

“Where are you going?” Hayes asks.

“Gay bar. Because of all my gayness that’s gay, and that’s all I’m known for. Apparently.”

“Really? So because I assumed guys were attacking you over your orientation, you think that’s my only impression of you?”

“If the skate fits.”

Anton stops walking. “Seriously, Ezra. Why are you always such an asshole?”

I spin to face him. “Why are you always such an asshole?”

“You know, when most people save someone from getting their ass kicked, they get a thank-you.”

“That’s why you hate me? Because of my manners? Well, thank you, Mr. Straight, for stepping in to save my gay honor when I didn’t ask you to.”

I blink. Then blink again. How drunk am I? Did I hear him right, or is my mind playing tricks on me? “Y-you’re not? How did I not know this, and why haven’t we had sex yet if that’s the case?”

He stares at me like he’s trying to figure out if I’m serious. “Holy shit, you really are that conceited. Maybe we haven’t had sex because I don’t want my sexuality splashed all over the tabloids. Unlike some people, my focus is and always has been hockey.”

“Oh, so you’re closeted. But why? It’s not like we’re the only ones anymore. Ollie Strömberg, Westly Dalton, Tripp Mitchell, Foster Grant, Oskar—”

“You think I haven’t seen what you guys go through? The comments. The online hate. If people are going to hate me, I’d rather it be for my playing than who I have sex with. And I’m not closeted … not exactly. My team knows. My family. The important people. But I don’t want toxic people like those assholes back there to think they have a right to attack me for who I am.”

I did not see that coming. 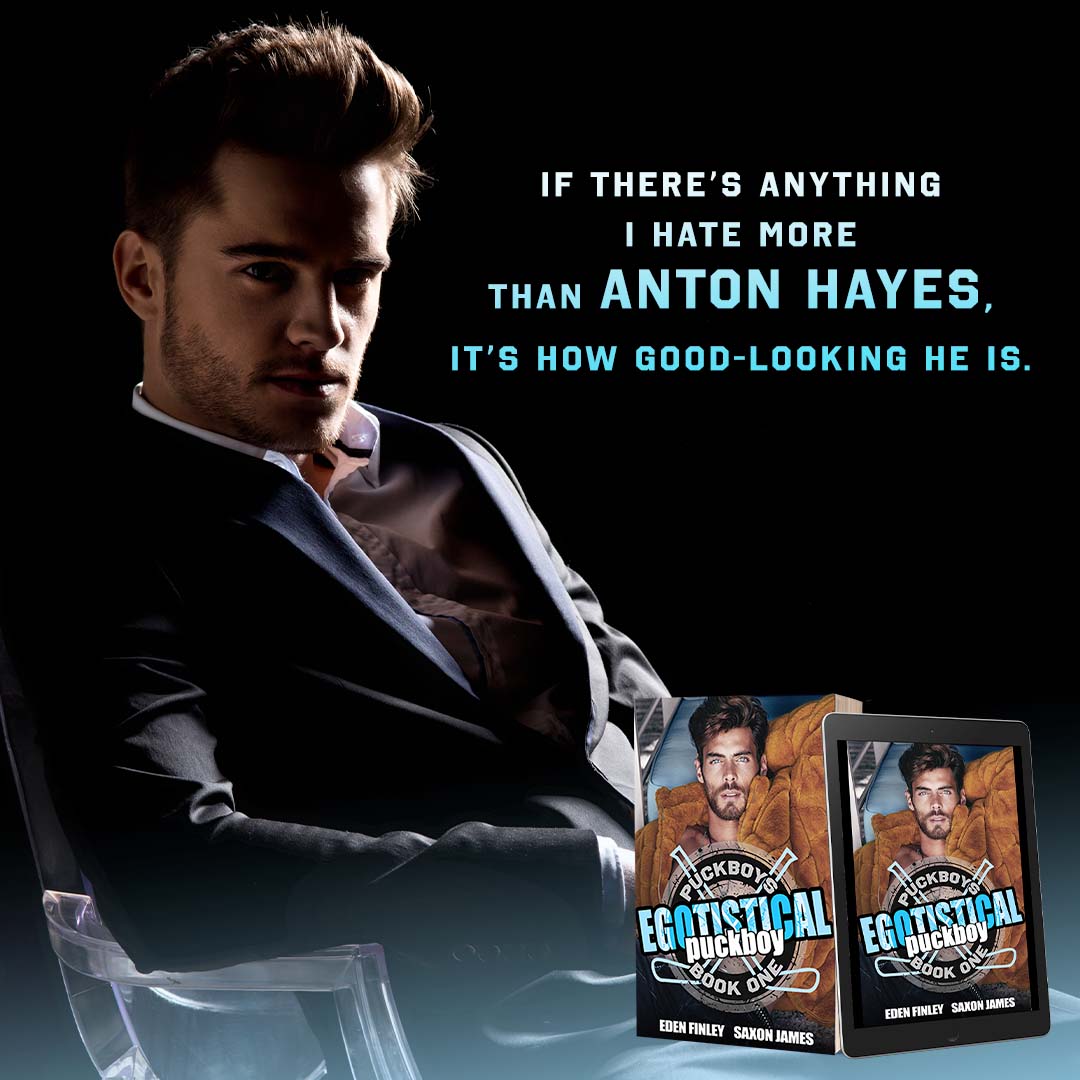 One of Five eARC’s for Egotistical Puckboy

While not writing, SM is a readaholic and Netflix addict who regularly lives on a sustainable diet of chocolate and coffee.