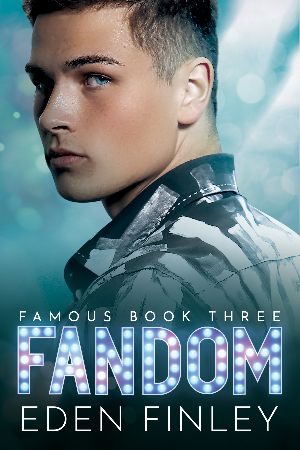 Everyone remembers the night the boy band Eleven broke up. Hearts shattered around the world, including my own.

I made a mistake, and I’ve been avoiding bandmate Mason Nash ever since.

At first it was hard, but eighteen months ago, he made it easier by leaving Hollywood and disappearing.

When Eleven reunion talks start, I’m against it completely. I could really do with the publicity, but I don’t want to face Mason again. I’m sure he won’t want to see me either.

I don’t miss LA or anyone in it. Not even the guys from Eleven.

So, when they turn up on my doorstep talking about reunions, the last thing I want to do is hear them out.

I hold strong too. Until my eyes land on Denver Smith.

Two and a half years ago, he ghosted me, and I still don’t know why.

I want answers—I miss him—but I don’t want to let him back into my life if there’s a chance he’ll walk away again. 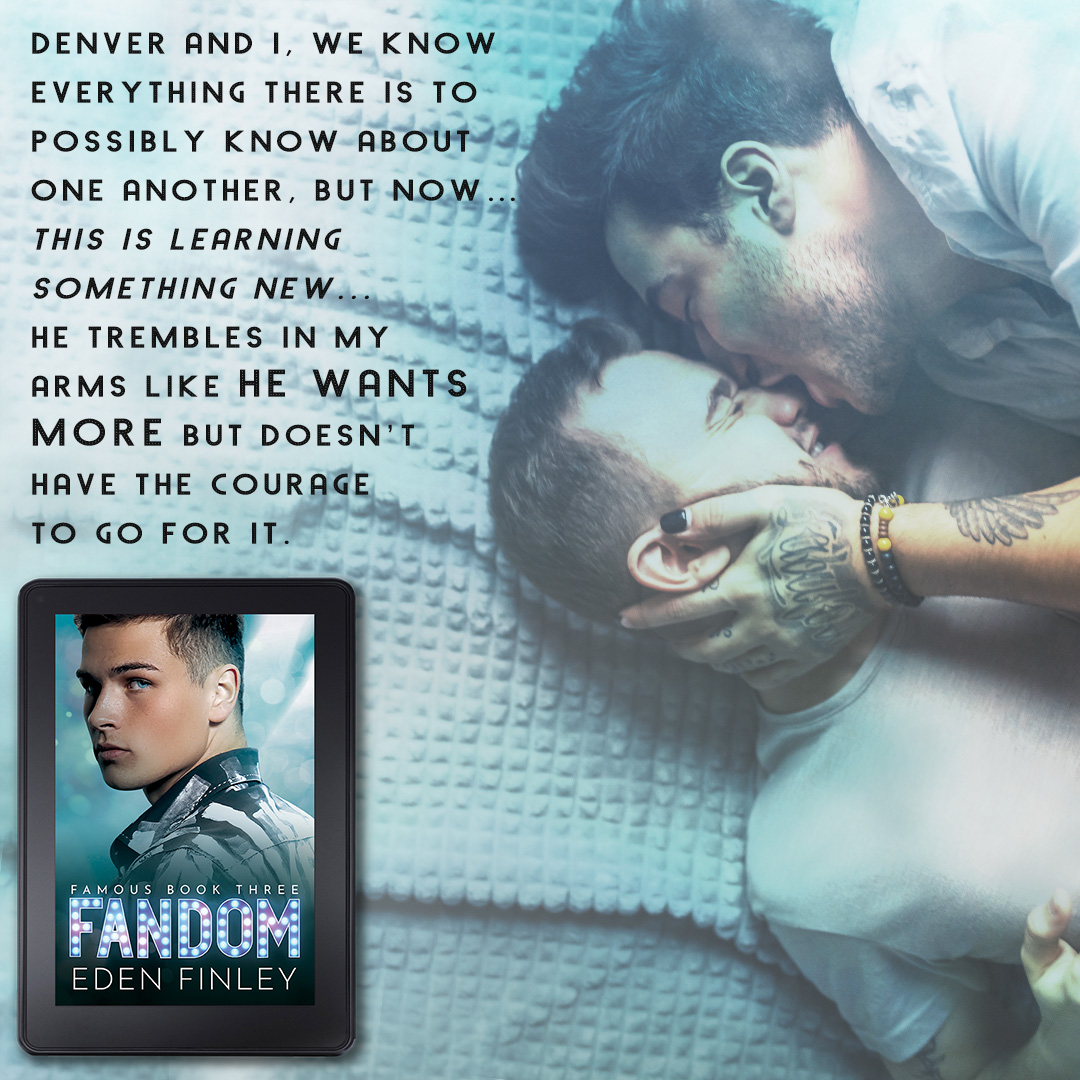 I’m almost done rinsing the dishes to go into the dishwasher when a presence behind me makes me flinch. I’m so tired I didn’t hear Mason come in, but now that he’s practically pressed against me, I need all my strength not to lean back against his big body.

“Ha, ha, smartass. I’m only rinsing them all before putting them in the dishwasher.”

“They have production assistants for that.”

I spin, and Mason takes a step forward, boxing me in. It’s a brave move considering I can still hear everyone out in the main area of the house.

“Are you hiding from me or from everyone?” His low voice goes straight to my cock.

I clear my throat and look Mason in the eyes. “Haven’t I peopled enough for four days?”

He has me locked in place, and I’m fighting every urge to lean in and kiss him again. That has to come from him.

“I thought today was a good day,” he rumbles.

I got to spend it with him by my side, so yeah, I guess it was good. Exhausting and long, but he’s all that matters.

Mason licks his lips as his gaze drifts down to mine. I mirror his movements.

For the briefest of moments, I think he is going to kiss me.

He doesn’t. Mason steps away. “You always were a bit of a loner.”

No, come back. I’m not a loner. I just want to be alone with you.

“I guess we have that in common,” I point out. “You ran away to Montana …”

“There’s a difference, though. I didn’t have much of a choice. You surround yourself with people, but you don’t enjoy it. You’ve always been like that. And one day, you’re not going to be able to pull off the nice-guy act anymore. No one is as happy as the person you are on camera twenty-four hours a day. You need an outlet.” He moves to the dishwasher and starts stacking plates.

He’s right, of course, but I don’t want to go there.

“In your words, they have production assistants for that.” I nod toward the dishwasher.

Mason’s deep brown eyes crinkle at the edges like he’s trying not to smile. “Me doing your dishes is torturous?”

It’s sexy is what it is.

I don’t have the balls to say that. “It’s scary. You … doing something domesticated? Never would’ve happened back in the day.”

“You know I’ve been living alone for over a year, right? Who do you think did the dishes?”

“I do have the ability to look after myself, thank you very much.”

“But you still can’t cook.”

“I can cook more than you.”

“A turtle can cook more than me. That isn’t an accomplishment.”

I grab the closest dish towel and whip him with it, laughing when his whole body tenses.

“I know you didn’t just do that. There is no possible way Denver Smith threw down that challenge.”

“Because he knows he will lose.”

“Oh, it’s on.” Mason steps closer to counter where there’s another dish towel, but I step in front of him and whip at him again.

It makes a satisfying thwack against his arm.

“Son of a—” He reaches around me, pinning me against the counter again. “You’re going down, Denny.”

Mason pauses, and I waggle my eyebrows at him. His mouth drops open, and I take the opportunity to use his distraction to my advantage. I steal the other dish towel, so now I have both.

We struggle and wrestle, Mason’s hips still pinning me against the counter as he tries to get a towel from one of my hands.

Damn, he’s stronger than he used to be.

I spin so I’m facing the counter, and I clutch the towels to my chest, but holy fuck, that’s the wrong move. Because now Mason’s big body is pressed against my ass, and if I’m not mistaken, that very big, very hard thing digging into my back isn’t his leg.

I look at him over my shoulder. His expression is so lustful it makes my dick ache. His dark eyes are fiery and focused on my lips.

It’s difficult not to push back and rut against him, but I hold firm because I think he’s going to kiss me again.

His pink tongue darts out the tiniest bit, and then—

He steps back and turns toward the dishwasher.

Did he chicken out? Is he trying to drive me fucking crazy?

I startle at a feminine voice. “People are starting to leave.” The production assistant stands near the entrance to the kitchen, her gaze ping-ponging back and forth between Mason and me, and suddenly it makes sense.

We were too careless. 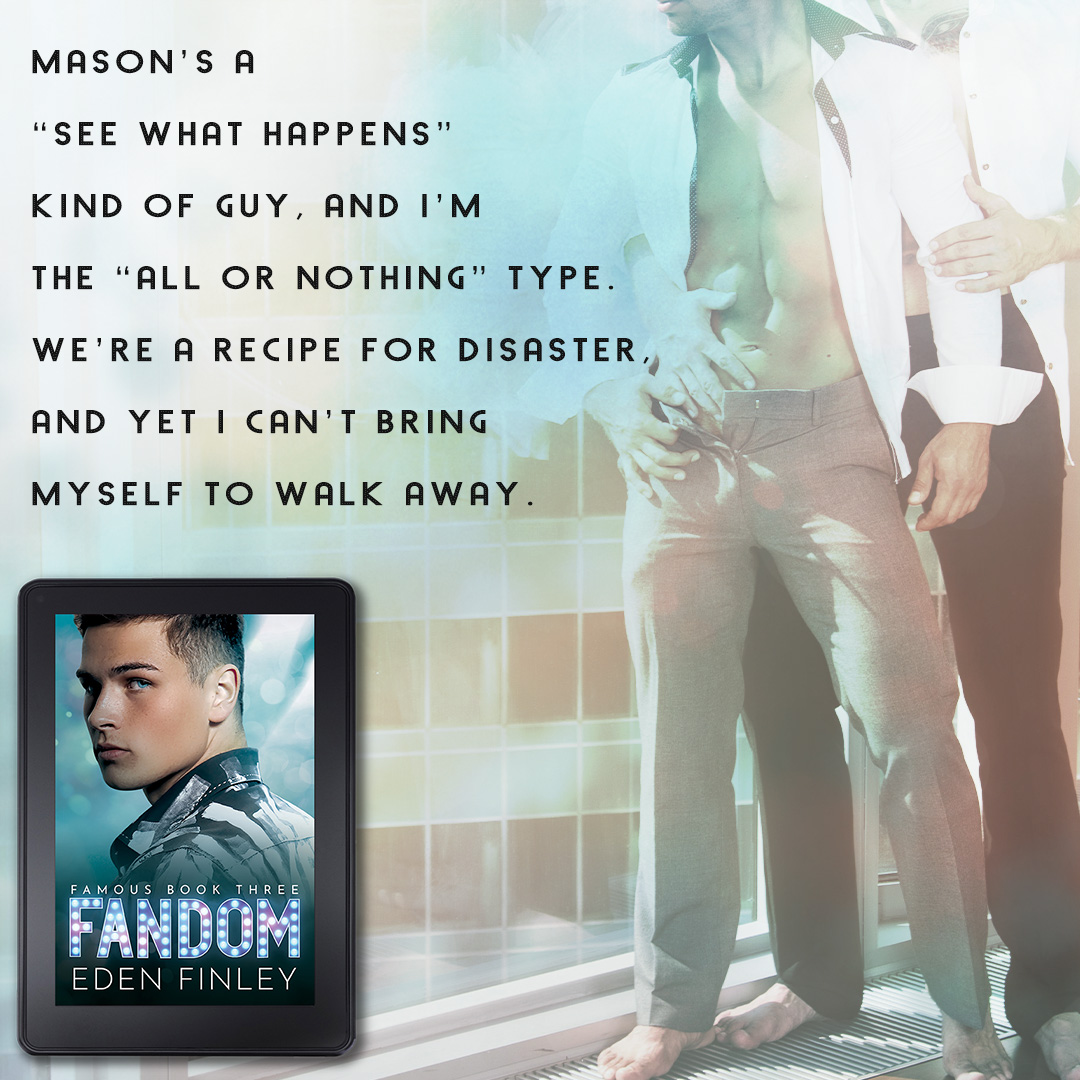 GIVEAWAY
One of Five eARC’s for Fandom
a Rafflecopter giveaway
DIRECT LINK: http://bit.ly/3cka3uO

OTHER TITLES WITHIN THE SERIES 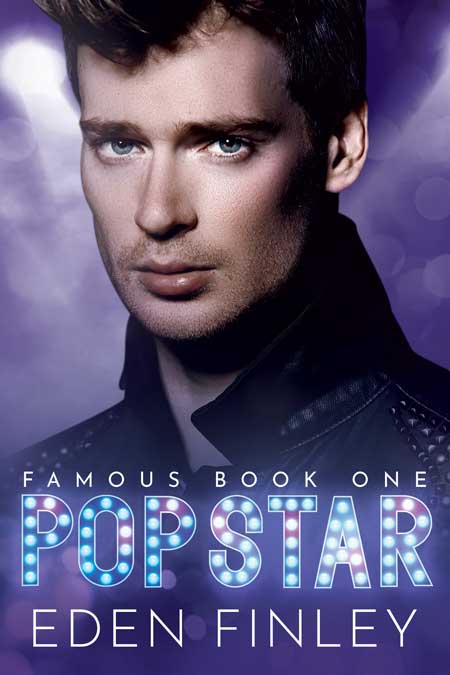 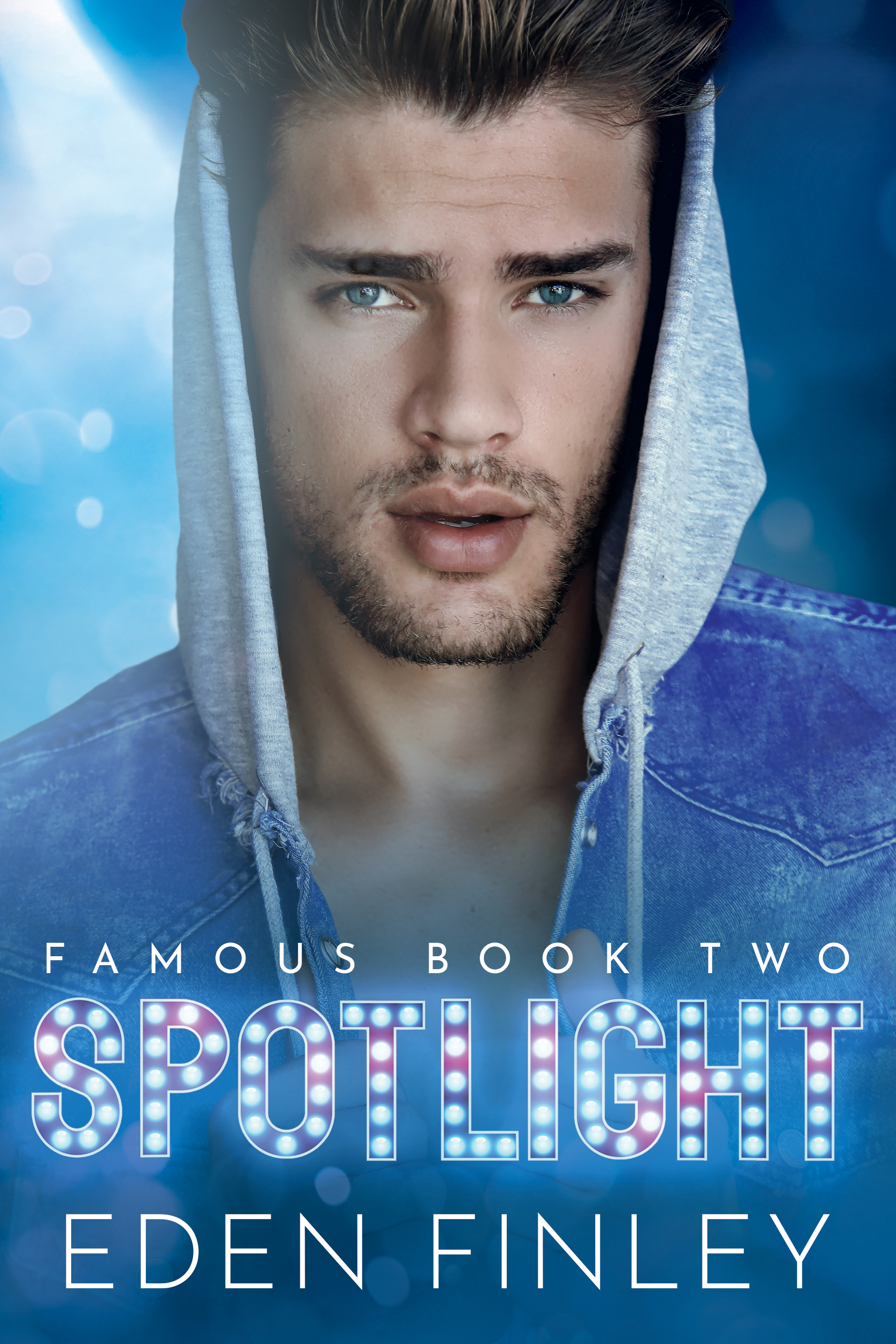 2 thoughts on “COVER AND EXCERPT REVEAL WITH ARC GIVEAWAY: Fandom by Eden Finley”

Feast your eyes on this SMOLDERING HOT cover for Puck Drills & Quick Thrills by
Want a mash up of historical retelling and futuristic sci fi, with mechas (anime fans!!!!) and a polyamorous relationship in YA?!!!!!! This is one of my new favourites this year!! Check out the full review of Iron Widow by Xiran Jay Zhao up on my blog (link in bio) OUT ON SEP 21
Happy Release Day!!! The final book in Famous series is out now! Check out the review of Encore by Eden Finley and enter the #giveaway to win $25 Amazon giftcard
Fans of the Hitman series, Cassel's book is finally here!!! Check out the review of The Former Assassin’s Guide to Snagging a Reluctant Boyfriend by Alice Winters!
Want a hilarious rom-com with kidnappings, video games, hijacking planes and falling in love over a span of two weeks?? Also Bodyguard/Cardiologist!!! Check out Hijacked by May Archer and Lucy Lennox, review up on blog and link in Bio
Hilarious and swoon worthy, Dearest Milton James by N R Walker is an absolute delight!!! Highly recommend if you want a fun comfort read with bo angst!! Check out my review on my blog (link in bio)