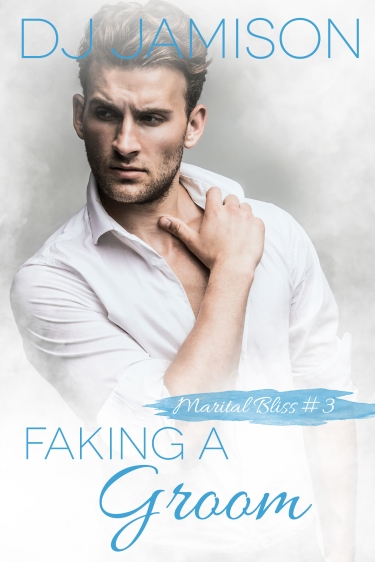 Can two men fake an engagement for the greater good?

Blurb
Avery Kinkaid has been bowing to his father’s will far too long. But when his dad supports anti-LGBT legislation, he’s had enough. Sen. Kinkaid says things would be different if Avery had a fiancé in the wings. Well, fine: He’ll just have to get one.

Rory Fisher is an activist with a heart of gold and nerves of steel. He’s not afraid to call Avery on his bullshit, and that’s why Avery knows Rory is the perfect fake fiancé to help him take a stand. If he still feels a little too much for his ex, well, he can shove that down and suck it up to beat his dad at his own game.

Until Rory encourages his most hidden desires. Until he makes Avery feel stronger, braver, and freer than he’s ever been.

Loving Rory is easy, but Avery’s father won’t just sit back and let them have their happily ever after. They will have to fight: for their love, for justice, for a future together.

This is one power struggle they can’t afford to lose.

Avery knew that Gil wanted him to tell his father he was coming out, in no uncertain terms. He didn’t understand the manipulative powers Drake Kinkaid possessed. Or maybe he did, now that he worked for him. Avery had never been able to out-argue his father. Each time he tried, he found himself carefully repositioned, as if a piece on a chess board, until he was agreeing to his father’s terms.

“I don’t know what do,” Avery said. “I’ve tried to be patient, but he always talks me out of coming out. I think I’ve got my mind made up, and he somehow convinces me to keep waiting. I hate that I’m so damn weak.”

“Don’t be so hard on yourself. Your dad is a politician. He persuades people for a living.”

“He’s always got a loophole,” Avery grumbled. “Like today. He said, it’d be different if—”

He stopped short, eyes locked on a man who walked past their table toward the bathrooms. Something about the shape of him and the way he moved—long legs, slim hips, smooth stride—reminded him of Rory.

He couldn’t see his face, but his hair was the right color. It was gathered in a knot at his neck instead of loose, so it was tough to gauge exact length, but damn, that ass. Was it possible to recognize a guy by his ass?

He blinked and looked back toward Gil. “Hmm?”

“You were saying that your father said it’d be different if…?”

“Oh.” He cleared his throat, trying to shake the vision of Rory and the niggling feeling that he should go talk to him. It felt significant that he was here tonight, if he was here. Avery wouldn’t put it past himself to imagine things. Rory had been on his mind a lot since the gala.

“My father said it’d be different if I was engaged. That he’d support me then.” His gaze drifted back to the bathrooms, watching as Rory emerged. He was sure it was him now. He’d recognize those sharp features anywhere. Heart thumping, he asked Gil, “Do you think he means that?”

“Maybe,” Gil said, though he sounded dubious. “I don’t know.”

Avery rapped the table with his knuckles. “Right. He could be bluffing. There’s only one way to find out.”

Avery took a big swallow of his beer. Then grinned at Gil. “Guess I have to get engaged.”

Avery nodded. “You keep telling me to do something. Well, you’re right. I have to call my father’s bluff.”

“I’ve got the perfect person in mind to help me.”

“Rory, the guy who left you because you wouldn’t leave the closet? How is he the right—”

“Because he’s here,” Avery said, feeling euphoric as intoxication, years of regret and longing, and a desire to break free all coalesced into the best idea ever. “It’s fate, man. It’s like the universe is telling me to make my father put his money where his mouth is. He’s always got a reason, an excuse, a loophole. Well this time, I’ve got the loophole, and I’m going to take it.”

“By getting engaged,” Gil said disbelievingly. “To a man who dumped you.”

He held up a finger. “Hold that thought. I have to go propose to the man who got away.”

Wow! I went into it thinking it was going to be a lighthearted read but it was stunningly deep and emotional. It’s written in dual POV and can be read as a standalone.

Fake engagement with the one that got away is a recipe for disaster! And I loved every second of it. Rory and Avery are perfect for each. I loved Avery’s journey of self acceptance. And Rory was there with him every step of the way. It is written so beautifully and there were moments my heart broke for Avery.

Loved the cameos by Julian and Caleb from the first book. The ending was everything I hoped for and more! Faking a Groom is funny and romantic and super hot. If you love a fake fiancé and second chance romance with a sprinkle of lace and silk, then definitely pick this up!

DJ Jamison is the author of more than twenty m/m romances. She writes a variety of queer characters, from gay to bisexual to asexual. DJ grew up in the Midwest in a working-class family, and those influences can be found in her writing through characters coping with real-life problems: money troubles, workplace drama, family conflicts and, of course, falling in love. DJ spent more than a decade in the newspaper industry before chasing her first dream to write fiction. She spent a lifetime reading before that and continues to avidly devour her fellow authors’ books each night. She lives in Kansas with her husband, two sons, one snake, and a sadistic cat named Birdie.

Absolutely in love with this book!! If you love queer vampires with slow burn and pining, definitely check out How to Bite Your Neighbour and Win a Wager by D N Bryn! I'm so glad there is a sequel coming out in April!! I cannot wait!
Happy release day!!! Brady's book is here!! While it can be read as a standalone, I'd recommend at least reading the previous book. Check out the review of Can't Say Goodbye by Eden Finley and enter the #giveaway to win $25 Amazon giftcard
Hey everyone!! Haven't posted in a while but I hope everyone is have a good year!! I just finished The Rest of the Story by Tal Bauer and it's so good! Check it out if you love hockey, found family and slow burn romance!
Happy holidays everyone! Hope everyone has a great day! Today, I thought I'll share with you some of my favourite tv series and asian dramas that I've discovered this year. Most are released in 2022 and queer (or queer coded), but there's also a few that's not.
Join us on our #BookTour celebrating the release of Just Say When by @AimeeNicoleWalker OUT NOW!
Happy new release to Never Ever Getting Back Together by Sophie Gonzales! Check out my review of the book on my blog!!